Each month Suzie interviews prominent and interesting people in Cornwall for the Penventon Park Hotel.

When 32-year-old Geoff Greaves bought his first cinema in June 1990, he had no intention of turning his new business into a multi-million-pound company that would see him owning 16 cinemas nationwide.

In fact, he bought the Savoy in Penzance because it was going bust and he was, and remains to this day, hugely passionate about saving historic cinema buildings.

After quitting his day job at 16 to go and work for a local cinema chain elsewhere in the country, Geoff was confident that given his experience he could turn the Savoy’s fortunes around. The building was run down, it needed substantial refurbishment and a huge personal investment, but it was a calculated risk he felt confident taking. 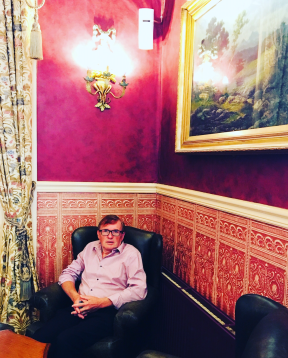 “I sold my house in Oxford and rented a home in Cornwall so that I could take it on. I’d spent half of my life in the cinema business by that time and I felt I could make a real difference. The roof leaked, the seats were 40 or 50 years old and it needed doing up piece by piece – so that’s what I did. In the first two years of ownership we saw the admissions  leap from 25,000 to 100,000,” Geoff recalls.

The Savoy holds the impressive accolade of being a cinema that has continuously shown films for the longest period of time, having opened in 1912.

“I was going to run the Savoy and only the Savoy,” says Geoff, “that was before I bought my second cinema just five months later.”

And so, when the opportunity presented itself to buy the Royal Cinema, just down the road in St Ives, Geoff met with the receivers and saved it from closure. “I didn’t expect to open a second cinema so quickly, but if I didn’t buy it, I could see it being turned into flats,” he says.

The Royal was in slightly better condition than the Savoy. It was a 1930s build, but still needed attention and investment.

Around the same time as Geoff’s move into cinema ownership, the industry was seeing a revival in attendance. Converting the traditional single screen cinemas into a multi-screen entertainment venue was costly, and many independent businesses couldn’t make that expensive transition. 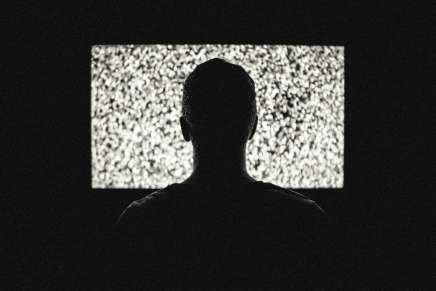 “When I started in Cornwall major films were released in the summer.  We’d show one film for a week in Penzance and swap it over and show it for a week in St Ives, often alternating two or three films.  Back then we relied substantially on tourists, as the locals didn’t really go to the cinema in great numbers very often” Geoff explains.

As well as investing in the cinemas he owned, Geoff kept an eye out for other venues. And so, followed Redruth, Helston and Falmouth over following years.

“The sort of towns we go into probably wouldn’t have a cinema if we weren’t there. They’re not the sort of areas that would attract these large multi-screen cinema chains. A cinema is a great local amenity for a town’s community, people can be very fond of their own local cinema.”

“When I bought the Odeon in Torquay, I realised this historic building was closing suddenly and would leave the town, with a population of 60,000, without a cinema.”

It’s perhaps easy to understand what might attract someone to the glamour of the cinema industry, but Geoff says he has little interest in the movie business itself, and doesn’t even really have a passion for films – something else drives him.

“What’s important to me are the buildings. Falmouth was an old drill hall that we preserved and restored – and have now won awards for. We’re in the process of opening a cinema in Bodmin, which was once an iconic public hall. When I finally retire, I’ll be pleased to hand over a series of historic buildings to the next generation to enjoy,” he says.

Over the years, Geoff and a dedicated management team began to spot opportunities around the country to continue growing the business – hence now having 16 sites nationwide. Merlin operates the cinema closest to John O Groats, at the tip of Scotland, and the Savoy cinema in Penzance, close to Land’s End.

Behind every purchase is a clear and precise business model: “We generally ‘Merlinise’ them bringing them on-brand” says Geoff. “Often the cinemas are tired, in need of refreshing, perhaps lacking good customer service and decent marketing. Once we add those things we see a vast improvement. Our site in Kingsbridge, Devon, quadrupled admissions over two years, with no additional screens.”

As with any businesses it hasn’t all been an easy ride and endless successes:

“There have been struggles along the way,” Geoff admits. “I was anxious about the cost of  £2.5million converting from film to digital. It was a concerning period, but we found a way through. It’s been a challenging, but rewarding journey.”

And despite his plans for a legacy to leave a selection of gloriously refurbished historic buildings, Geoff has no intention of stepping back from work any time soon. “I’ll always have my eye out for new opportunities that may come up. We’re operating in a part of the country that has a challenging economy, but we re-invest much of what we make and we try hard to always be an important part of the community.”

The Penventon Park Hotel runs a Business Club offering a range of discounts, rewards and even free access t

Become a member of our BUSINESS CLUB and receive special benefits & preferential rates for our business facilities, accommodation. Enjoy access to business talks & social events with other businesses in Cornwall throughout the year.